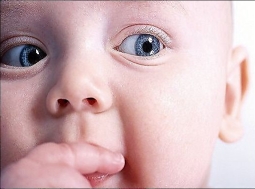 Facts about our maternity system

Baby deaths:
New Zealand has more than 600 babies who die each year at or around the time of birth. This rate of baby (perinatal) deaths has been fairly consistent for about the last 15 years. Prior to that New Zealand had a steadily falling baby death rate for many decades.

Avoidable deaths of babies:
Around one in five of these deaths are potentially avoidable, according to the committee overseeing the data (PMMRC: the Perinatal and Maternal Mortality Review Committee).

Avoidable deaths of mothers:
One-third of maternal deaths are potentially avoidable, according to the PMMRC and about 60% of these deaths involved poor care.

Poor investigation:
One-third of bereaved families are left with uncertainty about why their baby died, according to the Health Ministry first survey of bereaved parents. This survey was carried out as a result of the 2009 submission by AIM which advocated for a voice for these parents. Prior to that, bereaved parents had been specifically excluded from every previous maternity consumer satisfaction survey, thereby falsely skewing any results.

Trends in care not known:
Key data containing important details from all births has never been collected during the last 2 decades – a time of significant change in the New Zealand maternity system – and is still not being collected. Women consumers and health providers all lack important information because of this. For example, the Health Ministry still does not collect data on many important outcomes of home births and birthing unit births such as the transfer rates from individual birthing units and average times actually taken to transfer from each of these units. This makes it impossible for women’s choices to be fully informed.

Trends in outcomes not known:
The full extent of long term and serious injuries to mother or child through avoidable birth problems has never been collated. ACC data is incomplete, in that not all families with birth treatment injuries are advised of their entitlements (for funeral grants, for example).

As a professional group, midwives are not entitled to forward ACC treatment injury claims to ACC at the request of families who believe that they may have suffered a treatment injury.

Women’s choice lost:
In the past women could choose to hire a private obstetrician, or opt for care from either a midwife or a GP obstetrician (or for a short time, both). Midwives are now the only choice available to most New Zealand women in the free (publicly funded) maternity service. There are now less than 30 GP obstetricians practicing throughout the country. By contrast, in the mid 1990’s there were 60 GP obstetricians working in Auckland’s North Shore alone and Hamilton had 35. The choice of hiring a private obstetrician has now gone for many too – even for those that can afford it – with entire regions now offering no such service – eg throughout the Bay of Plenty or in the entire greater Waikato, the entire South Island West Coast and the Lakes District.

Homebirths:
Around 2-3 % of women choose a home birth each year, according to Health Ministry figures.

No independent analysis:
Although it is well over 25 years since these major reforms began, an independent review of the maternity services has never yet been permitted by the Ministry of Health. This is despite repeated coroners’ (and other) calls for such a review.

Midwife training:
Direct entry training – the norm since the mid-1990s – means that midwives do not have to be trained as nurses first. Midwives are now classed as fully qualified after ‘four years’ of study (spread across three calendar years) and having’ facilitated’ 40 births, however this may include a number of Caesarean Section births where midwives do not carry the responsibility. There is still no mandatory direct supervision of all cases during the first years in independent practice even though this was recommended by the Health Select Committee in 2010. The Midwifery First Year of Practice scheme involves only approximately one 2-3 hour session per month of mentorship. The requirements for this course may be found on the Midwifery Council website.

College membership:
Not all independent/caseload midwives are members of the New Zealand College of Midwives.

Recommended maximum caseload:
The New Zealand College of Midwives recommends a safe maximum of 50 women per year for an independent/caseload midwife to care for. This is a recommended upper limit, not a mandatory upper limit and midwives may choose to ignore it.

LMC experience check:
You are perfectly entitled to ask your LMC midwife about her philosophy of birth, actions in the event of any complications, level of experience and number of births attended, but you can also check on her date of registration (as a rough guide of her experience level) by viewing the online Midwifery Council search the register where every midwifes date of original registration is recorded (under the more button).

No obstetric flying squad:
Birthing centres and home births do not offer specialist backup cover beyond that of the midwife herself. Complications in these cases require ambulance transport to where a doctor is available.

Lack of emergency skills:
Many women who choose home births or birthing unit births do not realise that the standard Midwifery Scope of Practice does not require any midwife to be able to insert a breathing tube/LMA tube in a mother or baby in the event of an emergency, yet this can be a vital and life-saving skill. There is an optional 2 day course of advanced resuscitation techniques, including intubation. If a midwife has attended this course she is permitted to attempt intubation/LMA insertion, without the expectation that she will do it well.

Realistic transfer times:
Birthing centres and home births do not offer specialist backup cover beyond that of the midwife herself. Complications require ambulance transport to where a doctor is available. Transfer times in these cases are invariably far more than the ‘few minutes away’ so often stated to the family when choosing their birthing venue.

Home too soon:
More than one woman in four was forced to leave hospital before she felt ready, according to the most recent maternity consumer satisfaction surveys. Some hospitals such as National Women’s in Auckland and Christchurch Women’s have a policy of early discharge within 2-4 hours of birth, regardless of the time of day or the weather conditions. No one in New Zealand has carried out a large enough study to check on the impact of these practices on the health of mother and baby, including breastfeeding rates but many professional groups have expressed concern about these practices over the years.

After care falling short:
More than one woman in four does not receive her minimum entitlement of postnatal home visits according to Health Ministry figures. It has been this way since at least 1999 when the first maternity consumer survey was carried out.

Primary care bonuses to midwives, not to mothers:
Lead Maternity Carer midwives (LMCs) receive a bonus of $451 for each home birth and a bonus of $256 for each birthing unit birth. According to Section 88 of funding legislation, these payments are to cover supplies and also for a second practitioner to be present for the birth. However, many District Health Boards provide birth packs to midwives free of charge and even provide a free instrument sterilisation service for them. Many of the families in our network report that a second LMC midwife was not present for their birth and that a hospital-employed midwife (or no-one at all) provided the back-up.

Unequal funding:
A midwife earns $1,117 for care of a first time mother through a labour and birth. A doctor earns less than half of this – just $482. Midwife LMCs receive a bonus of $61 if a woman in their care goes home directly following delivery, without being admitted as an inpatient. Doctor LMCs are paid $31 for this same event.

Postnatal care barrier:
Doctors are barred from providing routine free (taxpayer funded) postnatal care, even if that is a woman’s preferred choice. If a woman chooses this option she must pay for the consultation. The Health Ministry has never adequately explained the reason for this exclusion.

Incentives:
Ms Nimishia Waller, a midwifery expert witness for the Health and Disability Commissioner, has stated that many birthing centres in New Zealand offer a cash incentive to midwives if at least 50% of their clients birth there.

Piecemeal reviews:
Midwives are reviewed annually based in part on their Consumer Feedback Forms received by the College of Midwives. It is currently only the responsibility of each independent midwife to present a Consumer Feedback Form to each of their clients. There is no system in place to ensure this occurs. If you were not offered a feedback form and wish to complete one, you can find them on the NZ College of Midwives website (under Forms).

Suspensions:
Over the years only a handful of midwives have been suspended or removed from the Midwifery Register, according to the Midwifery Council website.

Skill level checks missing:
The Health Practitioners Compliance Act (HPCA) ensures that all health practitioners attend certain refresher courses pertinent to their field at varying time frames. However there is currently no system for ensuring those skills are practiced and that basic practice standards are met at every birth unless actions give rise to a complaint. The access agreement for Lead Maternity Carer (LMC) midwives to use District Health Board (DHB) facilities does not compel these midwives to follow standard DHB protocols.

Lack of consumer information:
There is currently no way that a consumer can discover if any health practitioner has past complaints or breaches, apart from the consumer asking the practitioner themselves. Restricted scopes of practice or current supervision requirements are detailed on the relevant council websites, but don’t always mean what they appear to mean. For example, ‘Must practice under supervision’ often actually involves a mere monthly check on the midwife’s documentation.