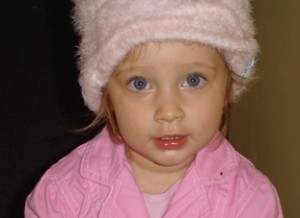 My midwife lacked not only experience but common sense and was a complete bully! She made me feel extremely incompetent and I sunk into a deep depression which eventually I had to be medically treated for.

When my orthopaedic specialist recommended I have a cesarean due to a pre existing medical condition, my midwife told me it was “ridiculous and unnecessary”. She commented she didn’t get paid to attend a cesarean but went on to say “I suppose I will have to be there.”

When asking me my views on breast feeding I explained to her my choice was to breast feed but if it didn’t work I wasn’t going to beat myself up about it. Her reply: “If you tell me you can’t breast feed because you have sore breasts or are too tired, I won’t accept that! Too many mother’s use this as an excuse!” After my precious little girl was born my midwife assisted with trying to put her on my breast. She was rough and it was obvious she was inexperienced. She tried for less than a minute, it didn’t work, so she up and left?!?!

My daughter had slight jaundice and when I was discharged from hospital , I had been advised to keep her in the sunlight as much as possible and wake her regularly for feeds during the night. 2 days later my midwife arrived and asked me if I had been waking her during the night for feeds. I said yes but that particular morning I had slept an extra hour therefore the feed was an hour late.

Well, I wish I had said nothing or maybe just lied to her because her response was unbelievable. She raised her voice at me and said “If you do not wake that baby every 2 hours she is going to die !!!!!” I was extremely distraught and my husband was dumbfounded. I thought I was going to kill my baby.

After this, I decided I did not want this midwife visiting my home without having someone with me. If my husband had to work when the midwife was due, my mum would sit with me during the visits. I was absolutely terrified of what she was going to say to me.

Approximately 1 week after delivery, I developed a discharge and was starting to feel extremely ill. I asked my midwife if this was normal and she said it was. A couple of days later I was in the bathroom when a huge gush of blood and tissue came out onto the floor.

I was unable to reach my midwife but spoke to her partner who assured me this amount of blood was normal. 2 days later I was taken to hospital by ambulance in severe pain to be told I had a massive infection. After leaving hospital I continued to bleed for another 2 months, during this time I contacted a private specialist to seek medical advice. His recommendation was to have a D & C.

After surgery the specialist informed me the infection was so severe and because adequate medical treatment had not been provided at the time for the initial discharge it was highly unlikely I would conceive again.

Although my husband and I had not discussed having anymore children at this point, to possibly have that choice taken away from us through no fault of our own was devastating. I am also left with permanent scarring on my cervix which makes my periods extremely painful and smear tests very uncomfortable.

My Delivery Suite midwife Selena was absolutely wonderful. Some of the nurses on the ward were absolutely wonderful but it was obvious they were short staffed and were struggling to provide good care to mother’s because of hospital protocols. I struggled to breast feed and asked to express and give my baby a bottle. The nurses were extremely reluctant to let me do this. When it was discovered I probably didn’t have enough milk to express I asked for formula to feed my hungry baby only to be told I had to sign a form to say I had chosen to bottle feed instead of breast feed ?!?! What’s with that ?!?! Another unnecessary protocol!

My heart goes out to all the families that have suffered tremendous loss and have been treated extremely unfairly by the maternity services in our country and I thank the creators of this website in providing me an outlet to share my story. I would also like to take the opportunity to say thanks to my precious parents who supported me through this difficult time and made sure we were always looked after. We couldn’t have gotten through this without you. Love you mum and dad XOXO

As a grandmother who had 4 live births between 1963 and 1970 I am shocked with the deterioration in care mothers and babies appear to receive now in comparison to the care I received more than 30 years ago from my doctor, hospital midwives and Plunket Nurse. Following is a brief synopsis of my experience.

During 2006 I looked forward with excited anticipation to the birth of my much loved granddaughter who was born on 29 November. A first baby for my 36 year old daughter. The first problem that was encountered was a lack of services available in Hamilton when she transferred from the care of her GP in Auckland to Hamilton midway through the pregnancy. The Auckland GP had continued to care for her due to a history of miscarriage until her transfer to live in Hamilton.

After many phone calls to midwives who didn’t return calls, demonstrating a lack of professionalism, a midwife was finally found who told my daughter that she was a direct entry midwife who had delivered a large number of babies. After the birth a check of the midwifery register confirmed that she had been qualified only a few months before being involved in my daughter’s care. There had been a deliberate effort to conceal her inexperience.

I accompanied my daughter to one of her check ups because her husband was unavailable and met the midwife for the first time. I was appalled by her lack of empathy, roughness on examination and general cavalier attitude to my daughter’s quite reasonable questions from a first time mother. I silently began to worry about this woman’s knowledge and experience.

Months of confusion from the midwife around the need for specialist intervention both obstetric and orthopedic (due to a pre-existing medical condition) followed until my daughter had to pay for a private consultant advice before the decision was made for a caesarian section. Confusion also around what the midwife’s responsibility was and what was the GP’s responsibility. Only after intervention from the GP did my daughter get the specialist advice that was required but by then a referral through the public system was too late.

Alicia was born on 29th November 2006 (two weeks early) with the midwife in attendance at Waikato Hospital. Soon after the birth I was again appalled at what I observed as lack of empathy and support for a new mother as she roughly attempted to have the baby take the breast. Her behaviour could best be described as bullying and left my daughter’s mother in law and I both shocked and appalled. Thankfully after a few minutes of being unsuccessful she left it to the hospital midwife whose care was remarkable in contrast for a short time before being transferred to the Ward.

On discharge my daughter struggled with feeding and feeling desperately unwell. The quiet, supportive encouragement that I had experienced from my Doctor and Plunket nurse when I had my children was simply absent. The midwife was judgmental, unsupportive, and appeared quite angry when looked to for advice. More seriously she downplayed complaints about pain, vaginal discharge, a swollen leg which a medical professional told me needed to be monitored in case of DVT and went on holiday in December leaving my daughter with no postnatal care whatsoever.

All her attendances after the birth lacked professionalism, sharing her own personal past, talking disrespectfully about other mothers and families, her apparent lack of interest in issues presented to her left me with little confidence in her.

An emergency medical consultation on Christmas Day identified gall stones and surgery followed. The doctor actually confirmed that the gall bladder problem could have been life threatening. When your midwife, however, keeps telling a new mother that she is overreacting and everything she is experiencing is normal, she believes it.

Soon after in January the smelly discharge that the midwife had convinced my daughter was normal and nothing to worry about resulted in an acute admission to hospital with a massive infection, treated with intravenous antibiotics and separation from her baby. This was followed by further treatment and another admission privately with the prognosis of “too little, too late, the scar tissue resulting from untreated infection probably unlikely to conceive again”.

All this in the first 3 months of my granddaughters life! The guilt felt by a Grandmother for not being much more assertive with this (what I found out later) inexperienced, incompetent midwife is enormous. Her ability to look holistically at mother and baby, assess the overall health and well-being of the mother and refer on, I think, directly relates to her lack of medical training. Not all situations fall into the norm that I think direct entry midwives are trained to expect.

The stress of our experience left us with little energy to make a formal complaint which leaves me wondering how many things that should be reported are not. I did however write briefly to the midwifery association who assured me that increased supervision was going to be provided to direct entry midwives. I understand, almost 3 years later that still is not the case.

Thankfully our outcome is more positive than many families experience and my heart goes out to mothers and babies so badly treated by the current midwifery system. Best wishes to everyone who is working for change. Our mothers and babies are our future – lets look after them.