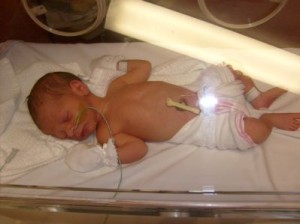 I was 35 and expecting with our first child, our first meeting with LMC was quick, we signed, thinking we were at Hospital, we were in good hands. She asked if I would consider a Home Birth, I refused. From then nearly all appointments with LMC where at home. I found some of her information rather odd, she was very cruisey, but she took notes well. Which I still have and can refer to. And being first pregnancy,thought I was being over sensitive.

At 7 months I got a tooth infection and was very ill, my partner phoned LMC, she said it was a reaction to AB’s. On her arrival for next appointment, we addressed my sickenss. She told my partner to phone dentist, who again informed us the infection was making me sick. LMC argued the point but would not speak to dentist on phone. My recorded weight for that 3 weeks was 300 grams increase, (7.5 months) Birthing plan was organised. NO Birthing Pool, NO help from Dad during birth (despite LMC suggesting it ), NO visitors and pain relief immediatly as required. I wanted a private birth.

At 39 weeks I had appointment with LMC, and asked her on size of baby as I was concerned. She assured me he was 7lb, despite no tape measure used, nor had it ever been. Being overdue the Obstetrician did a scan and said he was looking at a 1.9kg baby. I was to be induced that week and record baby movements as per LMC’s advice- I had no idea what he was talking about.

Induced on 2 Jan, C Section to be performed later that day if no progress, LMC broke waters at 4pm (notes written in retrospect since 12.15pm).

Notes from LMC state I felt pressure at 5.45pm. Taken to birthing room and the bath was run. Not being able to make a decision, I got into pool and onto toilet twice to push (no disposible pan used). Was offered gas, couldn’t use it due to panic.

7.30pm – Wanting to out of pool, onto toilet, standing wanting to push, onto knees, onto knees again, suggested to lie on bed. 7.33pm – Live baby born, cord loosley around neck, no respiratory effort.

Actually I had to crawl across the floor as she walked in front of me, whilst I begged for help. My partner tryed to put me in dry nightgown, and then lift me onto bed, whilst the LMC sat and waited for an exam. He was given a pair of gloves, told to assist and a grey baby was placed on my stomach. All this occurred in 3 mins. He was 2.3 kg and I was just over 40 weeks pregnant.

LMC called for a nurse, who hit alarm bell and texted *777. A & E Doc starts resus on baby. Room fills quickly with Theatre Team, who quickly took over.

My LMC at in back of room and took notes whilst I went into shock and was held by one of the Theatre Staff . She (LMC) announced from the back of the room, she could hear me on the gas now and I didn’t need it. The anaesthetist then placed it over my face after she told us she could save my baby but didn’t have the equipment to do it, and they were on the phone to ChCh for advice.

The anaesthetist later returned to tell me my son was a “trickster” and he had tricked them all, he was fine. I’ll never forget the anaesthetist talking to me, she was bossey and kind and in control.

Cailan’s apgar at 1 minute was 2 (heart rate), everything else was 0.

It was 7 at 5 mins, with his respiratory state still at 1 after 10mins.

Cailan came off resus 20mins after birth, and was decided not to send him to ChCh.

He was in Neo Room, and the support from the Theatre Staff was second to none. Early the next morn, a Pead came in to see him and assured me he had had a shock and would recover well. We were home after 6 days.

The follow up appointments with LMC were equally as cruisey. She arrived once with a trainee, went through the checks and then told me I had a referral to ChCh for an extensive hearing test for Cailan. A nurse had told her to refer him due to his apgar. The LMC seemed surprised as she had never heard of this before (despite her years in Midwifery). When I asked why, she said Cailan might be deaf, so go check it out, discussed lunch with trainee and left. Audiologist in ChCh found this concerning.

I was too tired (and confused) believing it was no use in complaining, or seeking advice on our experience. Cailan’s bassinett was next to my bed and I slept with the light on for many months. I was fortunate enough to have an older mum who helped me see straight and care for Cailan too.

All of my concerns were reconfirmed when we sort help on arrival on second baby. I did wait 4 months (arranging we would have to move away for this birth), but had a meeting with a very respected LMC in our area, with many more years experience and qualifications. She assured me I would not have to go through this again. And I didn’t.

This baby was monitored thoroughly, on due date our Ob was fantastic, and was present at birth despite no issues with me or baby. I arrived home elated with Cailan’s 7.7lb brother within 24 hours. I found during this time that my previous LMC had left the area, and certainly not followed usual procedures practiced by experienced medical staff.

I have been following the Good Fight and AIM for sometime now, and after recently communicating with Jenn and the team, feel this is the right time to share my story. We have a very healthy son with no disabilites. However our experience with our first LMC during my pregnancy and birth, is still raising questions and does bring it to home when I read of other stories of mothers and babies that have not been so fortunate.

I would like to encourage others that have similar stories, despite having healthly children to also share with AIM, or to seek advice if they find their experience overwhelming.

I’m not sure how Cailan came through, but what I do know, is that my requests were ignored, I was ignored, my symptoms were ignored, and if it wasn’t for the assistance of the highly trained medical staff on hand, we as a family would have a very different outcome.