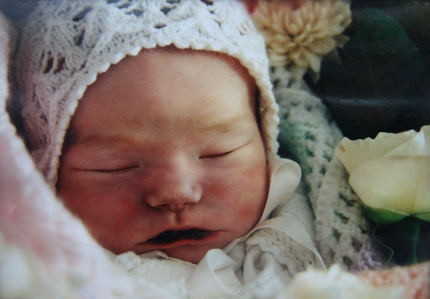 Emma died two days after birth. She died of severe brain injury caused by hypoxia, directly related to a prolonged labour. She was poisoned by her own body wastes because the midwife failed to recognise an abnormal labour which didn’t progress.

Emma suffocated in her mothers womb. She was resuscitated but had no real chance at survival. She died in her mum’s arms 44 hours after she was delivered by emergency cesarean section at Christchurch Womens Hospital.

Emma was born 9lb, 14oz. She was perfect in every way, but for the damage done to her during labour.

A coroners inquest found that the labour was outside the knowledge of the midwife, and emergency procedures should have taken effect much sooner than they did. Changes were suggested for the Birthing Centre responsible for Emma’s death.

The midwife continues to practice.