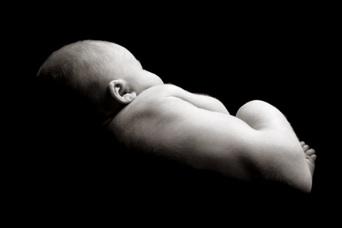 My first birth began with a wonderful pregnancy; active boy in the womb, 2 scans indicating all was good. But this is my story of the loss of our beautiful 8lbs 11oz baby boy Erik, due to complications in labour, delivery and breathing.

Erik was born in a home birth, not breathing and died of hypoxia as a direct cause of lack of oxygen during labour.

I suffered a prolonged second labour, pushing 3- 4 hours (later ACC said the midwives failed to treat – take me to hospital, prolonged second stage, indications of a drop in Eriks heartbeat 2 hours before birth, loss of heartbeat 40mins prior to delivery). They failed to resuscitate Erik who was not breathing and needed immediate transfer to hospital. The midwives were just not onto it. Ambulance staff also failed to treat, mosly because of bad communications between midwives and midwives to ambulance staff. The midwives were too slow to call for an ambulance; they waited until after delivery even though they lost Erik’s heartbeat 40 minutes before.

I should have transferred to hospital much earlier when the back up midwife (who had only been practicing a year) had concerns of drop a in heart rate 2 hours before birth, but then second midwife came on (experienced) and disregarded this.

The second midwife took over pretty much and ignored any concerns of the backup LMC, who I got because my LMC was off duty. Then Erik’s shoulder got stuck – shoulder dystocia, which I had never heard of – also delaying his descent.

We were finally transferred to hospital arriving 45 minutes after the birth even though the hospital is only 5mins away!

Erik was given the works at A & E and was successfully resuscitated with adrenaline and oxygen straight down into his lungs (not just wasting time with an oxygen mask on Erik’s face like they did at home). The nurses took control injected me too release the placenta.

We chose to not maintain life support once tests revealed major oxygen loss 4 hours after birth. It was a very traumatic experience but I share this with you.

40 year old Mother told by doctor in passing when I first discovered pregnant to deliver in hospital: “Labour is hard,” she said. This was when I found out I was pregnant. Then I never talked with my G.P about this again and was transferred to my LMC for care for the rest of my pregnancy 8 months.

With my LMC we had many discussions that “a home birth was fine, plenty of women have good births at 40″ (what I did not know statistically that the first birth can be longer and more complicated!!!) After some confusion over where to birth I decided home birth would be best and had bags ready to transfer if need be. We were close to hospital after all.

I should have birthed in hospital and regret this to the day. Had I only known what I know now.

The HDC investigated and both midwives were faulted. One discontinued practice, one is still practicing but in Canada and is to be reviewed if she comes back to N.Z.

A full inquest revealed it was an AVOIDABLE TRAGEDY.

We move forward with love and light, (well try to), and hope that much can be learned from this tragedy. Even our professional people can make mistakes. We can learn from these mistakes to make the system set up for women better so this happens less!

But mostly we wish Erik was with us but our love has grown and remains strong.