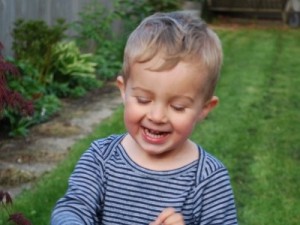 I have a healthy 2 yr old son. He was born 2 days before Daryl Ann by emergency caesarean. My midwife intervened early on in the birth process, I don’t remember much about what happened except it was fast. My husband says she told him that Jack’s heartbeat was abnormal, and although it recovered slightly, on a scale of 1-10 he was about a 9 but why wait until he was a 5 or worse. I vaguely remember a debate happening around me about ‘informed consent’ and the natural birth process. My midwife was adamant about ‘interfering’. I knew at the time (and still do) the risks to myself and the baby of caesarean births. 2 weeks prior to his birth the newspaper had dedicated a whole page to an article in the pros of natural birth and how caesareans were a cop out.

As a first time mother I had nearly 100% faith in the system. However once labour had kicked in I was in no state of mind to make decisions, question or do anything other than be 100% focused on each contraction. I put my trust in my midwife implicitly. I realise how lucky I was to have an incredibly competent midwife and obstetrician. (I opted for “shared care”. This now incredibly expensive, I could not afford that again although given the choice it would be my preference.)

The system is flawed. A healthy birth should not be a fluke. My midwife, obstetrician, husband and myself should not have had to fight for the right to have so called interference in the ‘natural’ birth process. I reiterate. I have a healthy child. What can I do to help?