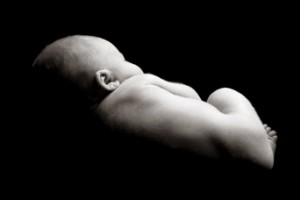 The first time I met my midwife I was 10 ½ weeks pregnant.

On her first visit I was both shocked and gob smacked when she made a joke and laughed at me. I was informing her that I take Volmax to prevent me from going into early labour. I lost a daughter at 24 weeks, so I have a very valid reason for taking them.

Taking these tablets gave me peace of mind and I hold a lot of faith in them. It is a very hard thing to overcome losing a baby, and I didn’t find her comments either appropriate of professional and felt that is was totally uncalled for. After she left I was feeling both shocked and upset.

I made a decision that day to try to change midwives. I rang Timaru Hospital’s Jean Todd ward and spoke to a midwife who sent me out a list of names to try. 98% of these women were either fully booked or on holiday around my due date.

I also rang the independent midwives and they informed me “they would not touch me with a ten foot pole due to my history”. I tried in the end everyone except J’s backup midwife.

I then rang Timaru Hospital’s Jean Todd ward again and explained to the head midwife my concerns about not being able to change and having this midwife. She brushed me off with her exact words of “that doesn’t sound like her.”

I again found that comment both unprofessional and not appropriate. She was not at my house when J was booking me in, she did not witness what went on. She instantly took J’s side and refused to take my concerns seriously. I for a second time that week felt shocked and upset. I hung up the phone and cried. I was stuck with a midwife who I felt had no respect or even cared that I was a high risk pregnancy.

I expressed my concerns with my partner and close friends. I was feeling like I was helpless and had no control. This left me disheartened I had to accept the fact that I had no other choice and was stuck with J. I heard South Canterbury had a midwife shortage/crisis I now know why I had no luck changing midwifes.

I had a total of four prenatal visits

I have never been happy with the amount of times I saw J. She was happy to see me three times. I requested a extra visit from her in May.

I was admitted into hospital at 32 +4 weeks. I was having contractions. J gave me a drug, that she told me to chew and swallow. I found from a doctor that these were to be placed under your tongue where they are to dissolve.

I was put on the E.C.G, I have never been put on one before. J handed me a buzzer (what I thought it was) and didn’t explain what I was meant to do with it. I only found out in the morning by another midwife that I should press it when I felt baby move.

I left the hospital dismayed she had given me the wrong information about the drug and failed to provide the information I needed to understand how the E.C.G worked.

I rang J at some stage to ask her to come and listen to baby’s heartbeat as I was having a nervous moment. She refused.

I had blood tests done two weeks before my C-Section. I was rung two days later by the hospital to inform me my iron levels were low. J rang and informed me over a week later. In my opinion that was very slack on her behalf.

On my last home visit with J she struggled to find a heartbeat. She tried for at least ten minutes and was starting to panic, then claimed she found it. My pulse was never taken.

I asked if she was sure it was baby’s heartbeat she said yes no question. I had felt baby move less but assumed it was just slowing down for the birth. She talked me out of my panic. I was a little shaken afterwards, she assured me everything was fine.

On the day of my pre-op the midwife doing the check tried for some time to find baby’s heartbeat. She also started to panic as was I, but she found it. Again my pulse was never checked. I asked if she was sure and she was more than happy it was baby, she replied yes.

The house surgeon tried to find baby’s heartbeat after her pre- op checks and couldn’t, claimed baby was laying weird and everything was fine.

The morning of my C-section J again struggled to find a heartbeat; she swore several times while trying. She once again claimed to find baby’s heartbeat I again asked if she was sure, her reply yes. My pulse was not taken again.

She tried to put a I.V line into my right hand. My skin was penetrated but no blood. She poked at it still no blood. She took it out and tried again, again no blood. She was forcing the needle in with great force it was really hurting I told her this. She gave up on my right hand and started on my left. But by then I was in tears I was in huge pain.

She started to panic, she tried two more times and still didn’t hit a vein. I went upstairs with four plasters and no I.V.

They could not believe the state of my hands. An I.V was put in with ease and no pain.

I believe I told J she was a butcher.

After my spinal was given and I was laying flat on my back, J yet again checked baby’s heartbeat, claimed she heard it. Once again did not compare it to my pulse.

We had Lillyanne born still. She appeared to have passed at least a week before maybe be longer. We were in complete indescribable shock we were expecting a live healthy baby. I will never be able to put into works how we felt.

I requested not to see J again.

This time someone listened..

Too little, too late…

I would like to make a note that we do not blame J or the Hospital for Lillyanne’s death… It was an unexplained passing and J’s negligence didn’t kill Lilly. She prevented us from learning about her death before her birth…

This apparently has never happened at the Timaru Hospital and I will do everything in my power to prevent this horrible experience happening to anyone else!

I still am to this day 7 months later having horrid flash backs about the birth of Lillyanne. I can attribute 90% of my bad days to memories and anxiety related to that day.

I don’t believe I will ever get over the shock of that day. I have no faith in the profession that let me down. I just want this whole chapter laid to rest so I can finally move on as best I can and not be weighted down with this huge burden…..