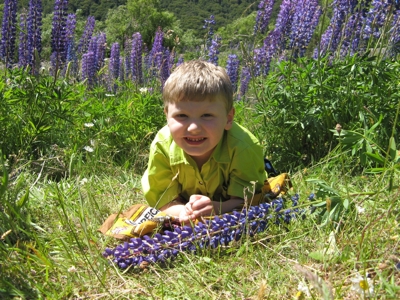 My story started on the 5th May 2004 when I gave birth to my beautiful precious wee boy. Born healthy, weighing 6lb with his agpar scores 7 and 10.

I was over the moon as being 40 and solo I finally had the perfect child I had longed for. He was delivered by c-section.

Day one and two he feed well and I was looking forward to our life together making all sorts of plans for the future not knowing that things were going to take a terrible turn for the worst.

He should have been safe, in hospital with the professionals caring for him, what could go wrong? Was I naive or is it that the system that we put our trust in not working as well as it should?

Late day two I was about to find out. My precious wee man’s feeding pattern changed and he was not feeding as well. The midwife in the afternoon picked up on this so I thought easily fixed. Professionals will make sure he gets the necessary fluids. How wrong could I be.

Unknown to me she told the late shift midwife that if Royden did not feed at the next due time she was to call in the doctor. This did not happen. Then to make matters worse I went to the midwife twice during the night and told her my son would not stay awake for feeding. I felt this was not right however she assured me that all was well and it was fine for him to continue sleeping.

When the shift changed in the morning the nurse came to check on Royden and that is when my whole world turned upside down. Royden was dyhdrated and when she tested his blood sugar levels they were so low they could not get a reading and he was rushed to neo-natal then later that day transferred to Chch neo-natal were he spent the next 18 days.

In this time I nearly lost him and was then informed that he had a brain injury all due to what happened on day 3. To make things even harder my father was unwell. He had been at the birth and now his grandson and myself were 3 hours away and he was too unwell to be with us. We were only home 3 days when my father passed away. I now live with the sadness that he was on his own, sick and feeling helpless for the last weeks of his life when he should have been enjoying time with his newest grandchild.

All 3 midwives involved were found in breach of documentation and care planning codes and the midwife that ignored advice from the previous midwife, ignored my concerns and also did not follow standard protocol was found in breach of Standard of care. All these midwives continue to practice with no disciplinary action taken.

The midwifery council felt that they had been under enough stress having been under HDC investigation for 8 months.

This is not good enough.

Royden and I will live our lives with daily challenges. Every day I feel blessed that I still have my precious wee man, who believe me is such a delight. He is happy, lovable and has this spectacular way of lighting up any room. Even with his disabilities, at 5 he cannot walk without a frame, has vision and speech problems, still not toilet trained and still needs guidance with feeding.

I see things daily that had this not happened to him he would be able to do, so I guess I grieve daily. However in saying that, I look at him and count myself lucky that I still have him and I could not love anyone more than I love my precious wee man.

I constantly fight for him to ensure that I can give him the most fulfilling life that he is capable of having.