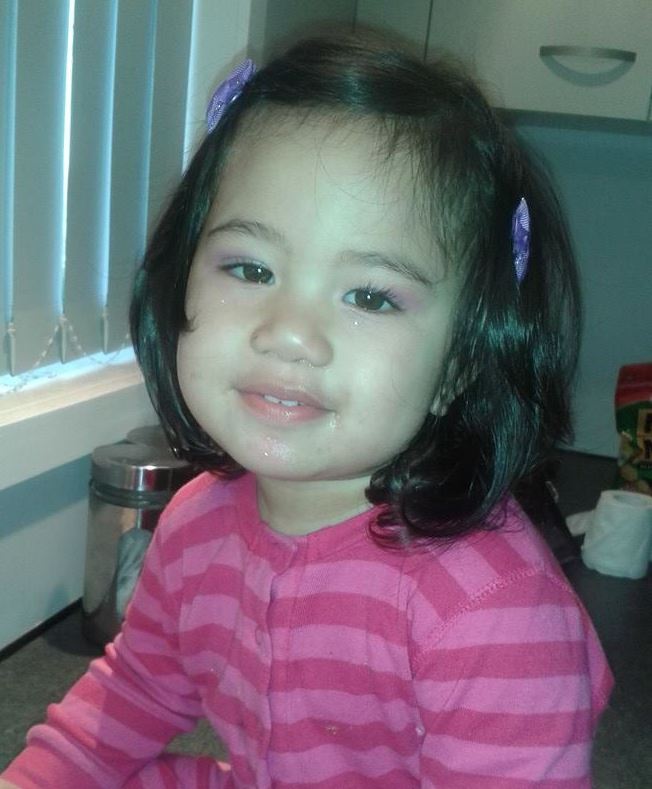 I was 35 weeks pregnant with my second daughter. My pregnancy had been great and carrying my girl had been a joy, until this one day……

I vividly remember it was a Monday, time 11am. I decided to have a lie down and then I suddenly felt this terrible pain as though I’d been kicked in the stomach. From there onwards as the day unfolded and the pain worsened. I phoned my husband around 3pm to come home early from work because I believed I was in premature labour. Once he was home, I called the back up midwife (my LMC midwife was on holiday) and told her I was in labour. She gave a vague response and her reply was “No, you’re not, you’re just having Braxton hicks contractions”. She then told me to take some Panadol and put my feet up. I repeated myself again, I was in labour and had a very bad pain in my spine radiating down my legs. She ignored what I said and treated me as though I was an inconvenience to her. I listened to what she said, despite being upset at her. I phoned the midwife again on two more occasions, then on the third time I’d had a show. It was only then that she told me to come into the maternity unit. The time now was about 5:30pm.

We arrived shortly after 6:20pm at the birthing centre, about a 20 minute drive from my home. The midwife met me at my car and escorted myself, husband and my one year old daughter inside to a delivery suite. I had chosen to have an elective caesarean and I thought maybe it was just a matter of routine to be examined and assessed by the midwife at the birthing unit and then transfer to hospital from Botany. I walked into the birthing suite and before I could get on the bed, my waters broke. They weren’t trickling like how they usually would if baby was in a head down position. They were gushing – it was as if I’d had buckets of water poured on me. I didn’t think this was normal, (unbeknown to me, I had Polyhydromnios – excess fluid) never the less, I thought I was in a safe place being at the birthing unit.

The midwife put a CTG scan on me to monitor baby which appeared to be normal, however 15-20 minutes after monitoring her heartbeat started to slow down and this concerned the midwives. At no stage during my time at the birthing unit did the midwife (who was my back up LMC) physically examine me or check the position of baby. In fact, she failed to pick up a problem when my waters broke. She was preoccupied with doing her paper work and cleaning up the fluid off the floor, when she could have actually left it to the other three midwives who were in the room at the time.

An ambulance arrived shortly after to transfer me to hospital. My husband and daughter followed behind us in a car. The time now was 7:27pm. We left the maternity unit enroute to Middlemore hospital and a few minutes later I had a contraction and felt something fall out. I told the midwife to have a look. She did so and said to me she could see baby’s head and instructed the ambulance to turn around and go back to the birthing unit. On arrival back to the unit she ran inside to get another midwife. It was then that the second midwife discovered that the presenting part of baby was her feet and cord. She was still in a breech position and had a cord prolapse – my baby was being deprived of oxygen to her brain and we were now in a life threatening situation.

The ambulance left Botany for the second time, this time with lights and sirens on, and the second midwife turned me over to position me on my hands and knees. I remember her saying in an urgent voice “I’m trying to save your baby”. I couldn’t stop my body from having contractions, and each time I contracted the 2nd midwife would push baby back in to alleviate the pressure of baby’s cord.

In the meanwhile my midwife looked on in shocked horror. In honesty, she was no help. I remember being scared and kept picturing my other daughter’s face, thinking that I wouldn’t see my family again. And with my daughter who was fighting to stay alive, I thought how could this happen? We haven’t even met yet! Now I was faced with losing her. I felt so alone in the ambulance, even though there were three people present. The midwives voices seemed so distant from me. I could hear them in a frantic state, trying to find my daughter’s heartbeat but they couldn’t. The drive to hospital was the longest 15 minutes of my life.

We finally arrived and were met by a team of doctors and nurses. One doctor in particular introduced himself as he was going to be operating on me. He took a look down below and found that my daughter’s cord had no pulse. The look on his face said it all, and I cried and begged him to please get her out. I was taken into theatre and I remember praying and crying out to God in desperation to please save my baby. I was put to sleep and my girl was delivered at 7:57pm that evening. An hour later I woke up in recovery and kept asking every doctor or nurse who passed by if my baby was alive. No one told me anything, which just added to my anxiety. I expected the worst news. If it was to be, then I knew she would be in God’s hands which made it easier for me to accept. I had no choice in that. It was what it was. My husband and daughter waited for me in the birthing unit in the hospital, and they had no idea of what had happened during the ambulance trip to hospital. Time passed and I was taken up to the Neonatal Intensive Care Unit. I wasn’t expecting to have my baby alive. Once there, my husband came over to me, looking sad and confused. The doctor gave us a prognosis for our girl and said that she was fighting for her life and having seizures. He went on to say she had no brain activity, that her umbilical cord was literally in pieces at her delivery, and he suspected she’d gone without oxygen for a long time. Up until this moment, Shalom’s name had actually been “Cartier”. When I saw her lying in her bed, I had a sense of peace and it was then that her name was changed to “Shalom”, which means Peace and “to be restored to perfect health” or made complete. It seemed fitting to name her this, given what she’d been through. Shalom was given brain cooling treatment to stop further nerve cell damage to her brain. We were given the worst case scenario; that she may have learning difficulties and developmental delays. Shalom went on to recover, and three weeks later we took our girl home.

Shalom is now 2 years old and she has a speech language delay and her development is a little on the slow side, but over all she is getting better by the day. This has not been an easy journey for Shalom or our family and we certainly would not want any woman or family to suffer the way we did or sadly lose their precious baby. This could have all been avoided if we’d had the midwife care we needed.

On a positive note, we made a complaint to the Health & Disability Commissioner against the midwife. She was investigated and lied to the HDC on several occasions to save herself. Unfortunately for her, she was found to have breached a number of rights in the Health and Disability Code of Rights. She has now been referred on to the Director of Proceedings to determine whether she will face charges.

In finishing, I’d like to encourage all women who are pregnant or thinking of becoming pregnant to be wise when it comes to choosing an Lead Maternity Carer. And also, if at any time you feel something is not right with your pregnancy and your midwife doesn’t listen, GO TO HOSPITAL!!! This is your baby’s life.

It is true in saying “The closest you come to death” is when you’re giving birth to a new life”. Personally, I would never have a midwife caring for me again if I have another baby. This was too close of a call for me. Prevention is always better than cure.

Thank you to the AIM support team for allowing me to share my Shalom’s story, I will be eternally grateful.