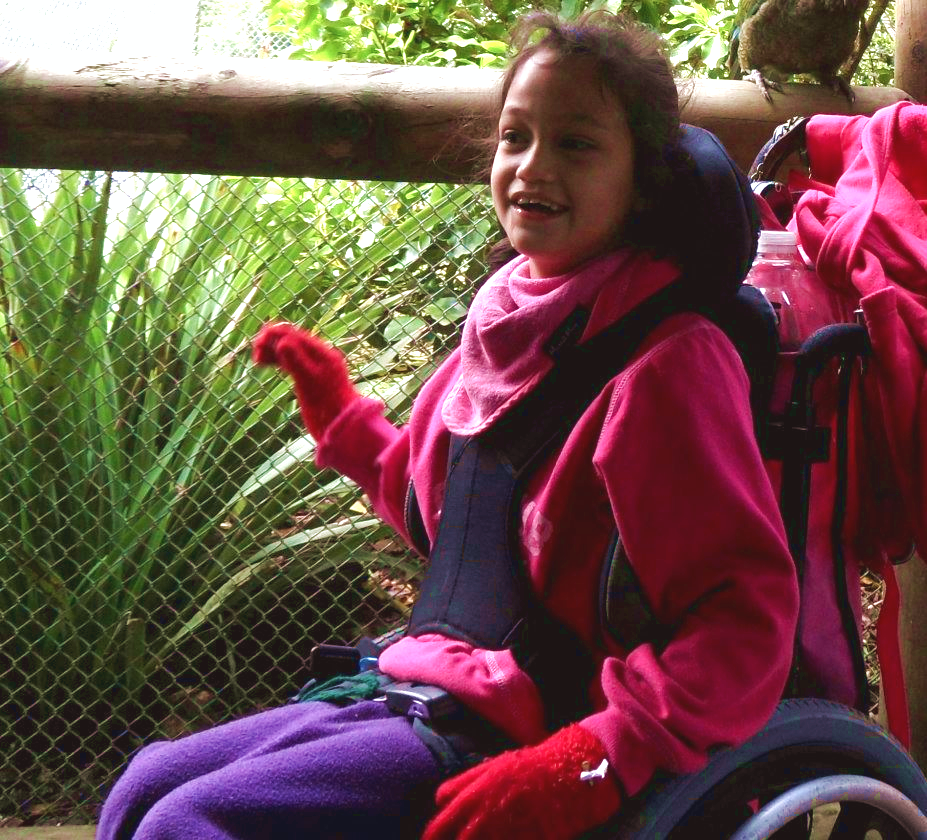 This is the story about the birth of our daughter Shyla-Mei.

She was a planned baby. I had a good pregnancy and she came the day she was expected. I knew something wasn’t quite right even though she was our first baby, but the midwife kept saying everything was fine. She kept disappearing for hours at a time. When we finally went to the hospital we were told by the specialist in the morning to stay in hospital however we were sent home by the midwife to labour at home alone all day. I should have been monitored more closely! I should have had a c section! At the last minute the specialist was finally was called in and had to use a suction cup for 20miniutes to try and get her out. That wasn’t working so he just cut me and she was ripped out. He threw his instruments on the ground and yelled to the midwife who had by this time walked out the room “How the f*&% did you let this happen? Why was I not called earlier?” He was really angry.

We were just in shock at the sight of our girl – she was all grey and dead looking, not making a sound, and we were watching as CPR was being preformed on her little body. Then she was rushed into the intensive care unit and the doctors continued to work on her. Seizures started happening and she was flown to Waikato hospital without us as we we’re told there was no room for us to go. We were left baby-less back in Rotorua hospital and told don’t expect this baby to live as she is severely brain damaged and they didn’t believe she would even make it through the flight.

Shyla-Mei suffered from lack of oxygen at birth for 20 minutes and was stressed and sucked up meconium into her lungs. She was on life support for nearly 3 weeks and we we’re told to think about turning her off as she hadn’t made any effort to breath. We were asked did we want to raise a vegetable for the rest of our lives? The following day we had to give our answer.

We were late turning up to the unit. After praying all night for a miracle, we went into the room and, seeing no life support machine hooked up to her, we thought they had turned her off without waiting for us. Shyla-Mei’s dad nearly knocked the doctor out! But the doctor said “Look at her chest” and she was breathing on her own! We couldn’t believe our eyes. Shyla-Mei had ripped out her own life support on her own and taken her first breath!! We had witnessed a Miracle!!

From that day on, she continued to do everything the doctors said she would never do! She is so amazing, and such a fighter – a true inspiration to us all. It was proven the midwife had screwed up big time and there was no need for this to have happened. All our plans of what we thought our life would be were over, and the battle to try and get ACC had begun…

Our girl is now 10 and doing real well. She just started intermediate, and is just so happy – always smiling and never gives up. We were so lucky the part of her brain that was damaged was the physical part so it’s her body that let’s her down. She uses an electric wheel chair and the Lions club gifted her a walker. She can get around on her hands and knees. Shyla-Mei also has epilepsy which we are controlling with medication. It has been a hard road but, being our first child, all we have known! The midwife has never apologised or been held accountable – disgusting! The midwife changed my notes following the birth and tried to pin the blame on the specialist who saved her life. He was taken to the disputes tribunal and was cleared. We wanted the midwife to be struck off, however we were told to stop pushing for that as it could jeopardise our ACC funding (another lie) so things we’re left at that. We could have ended up hateful, nasty people about what had happened, but how would that had helped our girl? We felt like no justice had been done and believe things need to be changed in the system. Thanks to this website our story can be heard, as well as the stories of others like us.

We are now pregnant with a brother or sister for our girl. She is so excited. We all are. It will be like a first time for us – “touch wood” all will go well this time round!