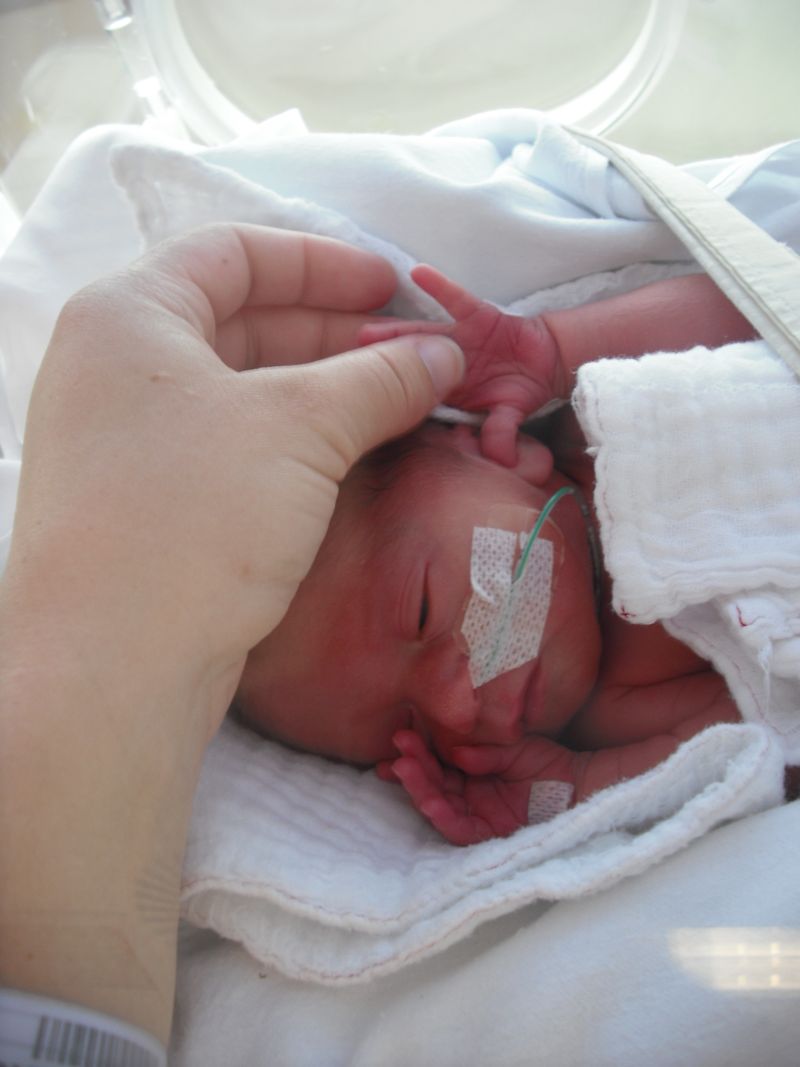 I just want to start with saying that I in no way, shape or form blame my midwife for what happened with us. In fact, I credit her with my son being as healthy as he is. I do however believe that others I saw during my midwife’s scheduled leave have left a lot to be desired.

My pregnancy started out well, we found out when I was only 2 weeks so we prepared for a very long pregnancy. At 7 1/2 weeks I had a threatened miscarriage and at that stage didn’t have a midwife so saw a locum at my Doctors. He was brilliant, organised a scan for the next day, saw the heartbeat and we relaxed. The locum then continued to follow up with me for the next 2 weeks to make sure we were doing well.

Everything continued well after that – got on to my midwife and had all our normal appointments. If I was ever concerned about anything she was always there for me. She was going on leave for a month but that didn’t worry me as she was due back just over a month before my due date. About the time my midwife went away I started having on going issues, light headedness, feeling sick all the time, shocking migraines and my bump stopped growing to the point where if asked how far along I was, nobody believed me. Now some of the other midwives I was seeing at this time were OK. Others dismissed me as a nervous first time mum not worth listening to.

4 days before my midwife was due back (5 weeks early and on a Friday night) I went into labour. No one believed me, not one of the other midwives would see me and my babys movements grew to almost nothing. Luckily I had pre-booked an appointment with my own midwife the following Tuesday so I was desperate for that to come. She knew something was up the minute I got there, immediately commenting on how small my bump was (something the other midwives had ignored or not even noticed). While she was listening for the heartbeat I had another contraction and my babys heartrate decelled to dangerous levels. An ambulance was put on standby. It was decided that I would go in to CHCH Womens to go on the monitors to double check things but we were allowed to drive in ourselves.

I didn’t have any contractions on the way to the hospital but once there, they revved up again and every contraction I had and every time they palpated my stomach, my babys heartbeat would almost stop. We were sent for a scan which showed that my baby had stopped growing about the time my midwife went away and although my waters had never broken, there was only one tiny pocket of fluid around my baby. Everything was a blur after that, I was rushed straight in for an emergency c-section.

Luckily my gorgeous son was born on 13-10-09 only 3 hours after first going to my midwife that day. She pushed everything through so quickly and did her job brilliantly. My son was rushed through to NICU as he weighed on 1680gms and was 4 1/2 weeks prem. We stayed there for 22 days. It turned out I had scaring from my early threatened miscarriage and my placenta had partially torn away and had stopped working. No one has ever been able to tell me what happened to the fluid or if this will happen with my next pregnancy.

As I said earlier, my personal midwife was brilliant and I will use her again next time (she’s not allowed to go on holiday again!) but the others that I saw during that time left an awful lot to be desired. I would also like to say that the staff at CHCH Womens were brilliant as well, especially the lovely nurses in NICU.